Hello social media lovers! So what are you doing today? Going to the beach? Or going for a long drive? Oh, I forgot, did you upload your Snapchat story? But how will you capture your story while driving or paddling the boat? Making stories with your smartphone is now too old fashioned and Symbios.pk never makes you miss the latest trend. But what is the latest trend? It’s the one and only Snapchat Spectacles. Spectacles are a pair of smartglasses dedicated to record videos for the Snapchat service. Extremely elegant and stylish are these spectacles. Just wear them and forget your phone to record videos. Just press the button on the side of the glasses and start recording your favorite moments. It also has a super video quality that also records circular videos. And the best part is, you don’t need to spend your time on charging this super gadget. Just put it in its case and it will charge automatically. You can also connect these spectacles with your phone via Bluetooth and Wi-Fi. So, are you still thinking? No, need to think anymore. Order Snapchat Spectacles at Symbios.pk in your favorite color and at the cheapest price in Pakistan.

Symbios.pk offers a best SnapChat Spectacles price in Pakistan with fast shipping in all the major cities of Pakistan. Including Karachi, Lahore, Islamabad, Sialkot, Faisalabad, Peshawar, Quetta, Multan, Rawalpindi and many more cities at the lowest price. 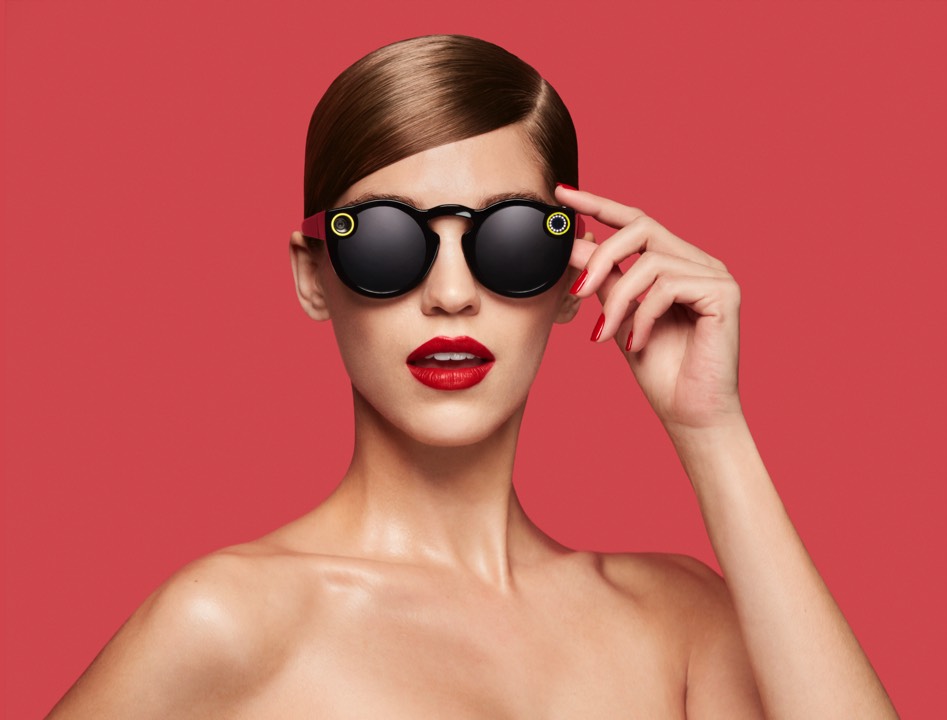 Arguably the best part about the Spectacles is that they're subtle. We tested out a black pair and they look just like regular sunglasses at first glance. Walking down the street in them, I didn't feel like I was wearing a nerdy tech product on my face.

The only ways you can tell that there's something different about the glasses are the yellow circles around the lens and the light on either side of the frame, and the fact that the hinges are quite thick — that's where the charging port is and where all the technology is housed.

And although some people — men especially — complained about the fit of the Spectacles, they fit comfortably on the bridge of my nose. There are two rubber pads on either side of the nose bridge that help them fit snugly, and the shape of the frames complemented most face shapes. In fact, they looked good on nearly everyone who tried them on. Clearly, Snap paid close attention to trends in glasses and sunglasses and chose a shape that probably won't go out of style anytime soon, but still looks modern.

Video capture made easy — some of the time
Spectacles come in a plastic tube that houses the case, the glasses, and the other accessories, including a ghost-shaped cleaning cloth and a charging cable. While the case is a bit bulky — it's prism-shaped, so it doesn't fit in pockets or small purses — it's a clever design that charges the glasses when they're snapped into place.

Conclusion
For Snap's first iteration of the glasses, they're a total success — as long as you're not looking at them as a tech product.

If you think about the Spectacles as a fashion product that happens to be tech-enabled, they're fantastic: They look good, it's easy to record video, and they're fun to use. Owning them puts you in an exclusive club, but not in the same vein as the Silicon Valley techies who flocked around Google Glass.

Instead, the Spectacles are aimed at a different crowd: Snapchat users who want to take their game to the next level; people who travel and explore and don't want to do so with a GoPro strapped to their heads; and millennials who are eager to be inspired by a tech product again and want to be the first to own the next big thing — in essence, Snap CEO Evan Spiegel himself.