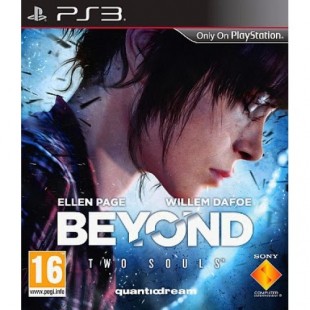 Built on the base of a heart awakening story, Beyond: Two Souls is a wonderful game. It is a dramatic action adventure game and a player controls a protagonist Jodie Holmes, A girl who can communicate with the paranormal entity Aiden and through whom she can perform some unusual powers. The powers she is provided with help in her life and after being noticed by CIA were exploited by them. The story encompasses drama, adventure, emotions, love and romance. So If you want to play between peaks of emotions Beyond: Two Souls is your sure choice. Get best Beyond: Two Souls - Ps3 Game price in Pakistan with free shipping in all the major cities of Pakistan at Symbios.pk. Here you get reasonable Beyond: Two Souls - Ps3 Game price in Karachi, Lahore, Islamabad, Sialkot, Faisalabad, Peshawar, Quetta, Multan, Rawalpindi and many more cities.

Symbios.pk offers a best Beyond Two Souls - Ps3 Game price in Pakistan with fast shipping in all the major cities of Pakistan. Including Karachi, Lahore, Islamabad, Sialkot, Faisalabad, Peshawar, Quetta, Multan, Rawalpindi and many more cities at the lowest price.

Beyond Two Souls - Ps3 Game
Live the life of Jodie Holmes, a young woman who possesses supernatural powers through her psychic link to an invisible entity. Experience the most striking moments of Jodie's life as your actions and decisions determine her fate. As she traverses the globe, Jodie will face incredible challenges against a backdrop of emotionally-charged events never before seen in a video game.