Apple Mac Pro MD878ZA/A is now available at a very lowest price only at www.symbios.pk

Symbios.pk offers a best Apple Mac Pro MD878ZA/A price in Pakistan with fast shipping in all the major cities of Pakistan. Including Karachi, Lahore, Islamabad, Sialkot, Faisalabad, Peshawar, Quetta, Multan, Rawalpindi and many more cities at the lowest price.

Built For Creativity on an epic scale. 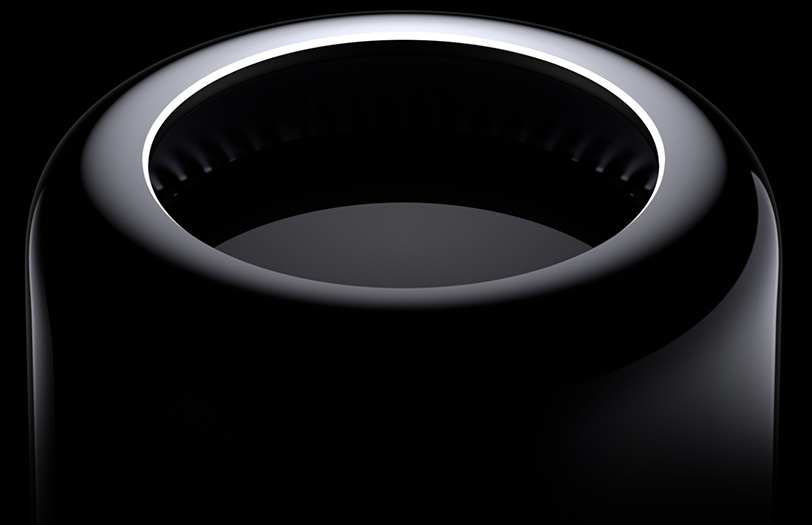 Sometimes to take a major step forward, you have to completely change direction. When we began work on the new Mac Pro, we considered every element that defines a pro computer graphics, storage, expansion, processing power and memory. And we challenged ourselves to find the best, most forward-looking way possible to engineer each one of them. When we put it all together, the result was something entirely new. Something radically different from anything before it. Something that provides an extremely powerful argument against the status quo. 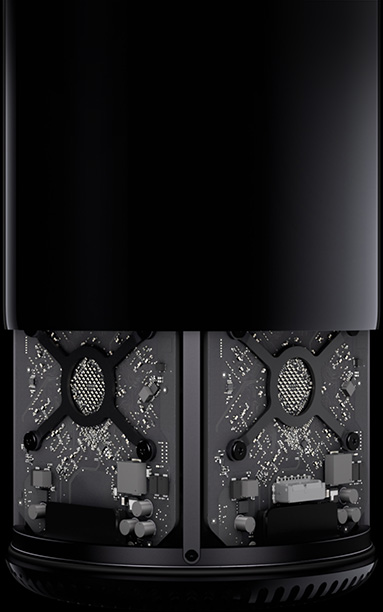 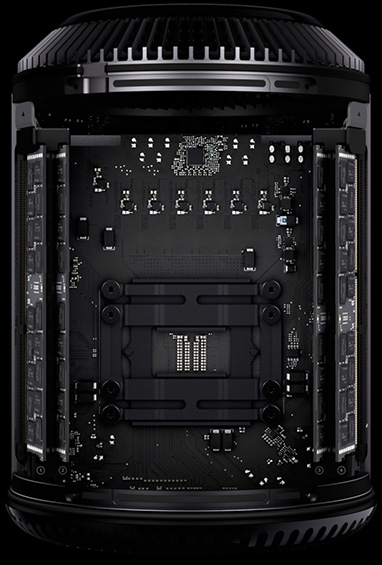 The new Mac Pro is muscle through and through, starting with the new-generation Intel Xeon E5, available with 4, 6, 8 or 12 cores of processing power on a single die. And with up to 30MB of L3 cache, 40GB/s of PCI Express Gen 3 bandwidth and 256-bit-wide floating-point instructions, you,ll never be at a loss for�speed. 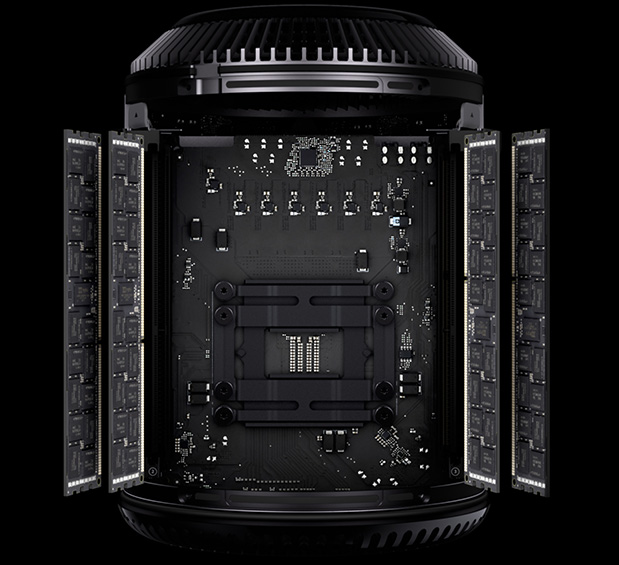 Every component in the new Mac Pro is optimised for performance. That includes a four-channel DDR3 memory controller running at 1866MHz. It supports up to 64GB of memory and delivers up to 60GB/s of memory bandwidth, which means you can fly through even the most compute-intensive tasks in no time. And since it,s ECC memory, your render job, video export or simulation won,t be stopped by transient memory�errors. 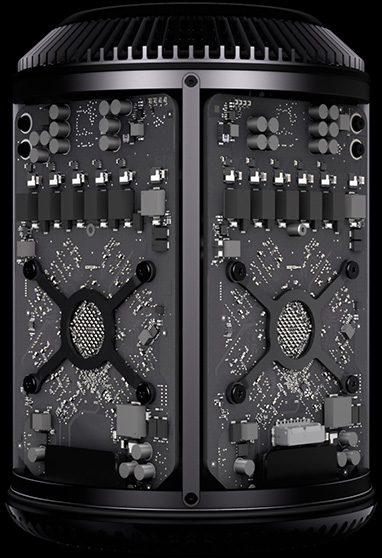 Traditionally, pro computers have relied primarily on the CPU for their computing power. But as GPU performance has dramatically increased, software developers have begun to leverage that power in their apps. With the new Mac Pro, we looked ahead and engineered an even more powerful GPU architecture. Not only does it feature a state-of-the-art AMD FirePro workstation-class GPU it features two of them. And each is available with 2GB, 3GB or 6GB of dedicated VRAM, and up to 2048 stream processors. With all that power, you,ll be able to do things like seamlessly edit full-resolution 4K video while simultaneously rendering effects in the background and still have enough power to connect up to three high-resolution 4K displays. 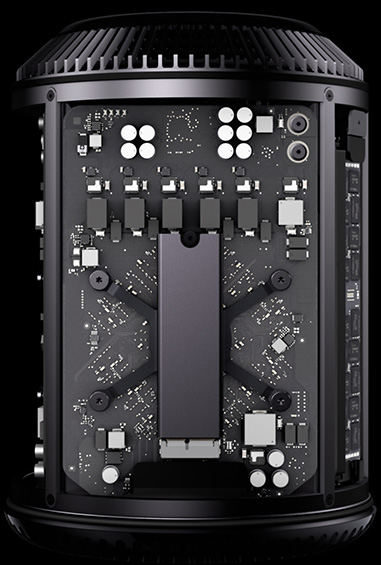 There,s flash storage, and then there,s next-generation PCIe-based flash storage. We,re talking storage that,s up to 2.4 times faster than the fastest SATA-based solid-state drive and up to 10 times faster than a 7200-rpm SATA hard drive. Most flash storage systems connect via SATA buses designed for slower spinning hard drives. But we designed the new Mac Pro around new PCIe-based flash controller technology to deliver the fastest solid-state drives available as standard in a desktop computer. So you,ll have up to 1TB of storage that will let you boot up, launch apps and even open massive files in, well, a flash. 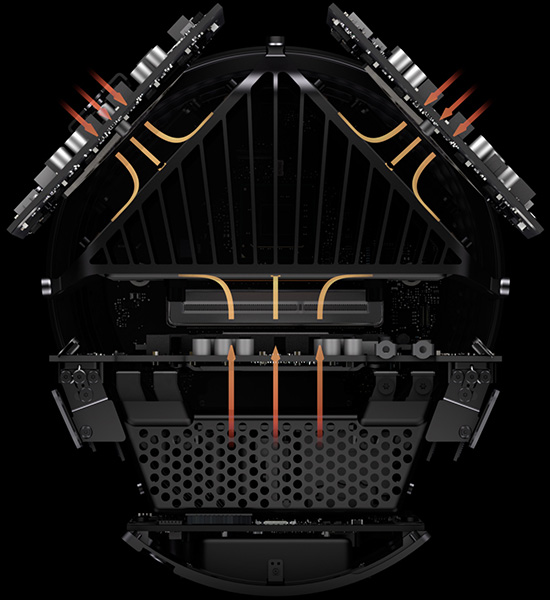 The new Mac Pro packs an unprecedented amount of power in an unthinkable amount of space. A big reason we were able to do that is the ingenious unified thermal core. Rather than using multiple heat sinks and fans to cool the processor and graphics cards, we built everything around a single piece of extruded aluminium designed to maximise airflow as well as thermal capacity. It works by conducting heat away from the CPU and GPUs and distributing that heat uniformly across the core. That way, if one processor isn,t working as hard as the others, the extra thermal capacity can be shared efficiently among them. No computer has been built this way before. And yet it makes so much sense, it,s now hard to imagine building one any other�way. 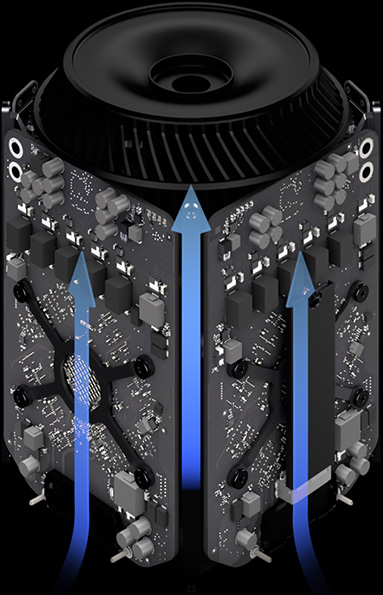 An incredible amount of innovation went into designing a fan system capable of cooling such a high-performance device. Instead of adding extra fans, we engineered a single, larger fan that pulls air upward through a bottom intake. As air passes vertically through the centre of the device, it absorbs heat and carries it out the top. It,s simple and elegant and also astonishingly quiet. To achieve that, we had to consider every detail: the number of blades, the size of the blades, the spacing of the blades and even the shape of the blades. By minimising air resistance throughout the system, we were able to design a fan with backward-curved impeller blades that runs at fewer revolutions per minute, draws air more efficiently as it spins and creates considerably less�noise. 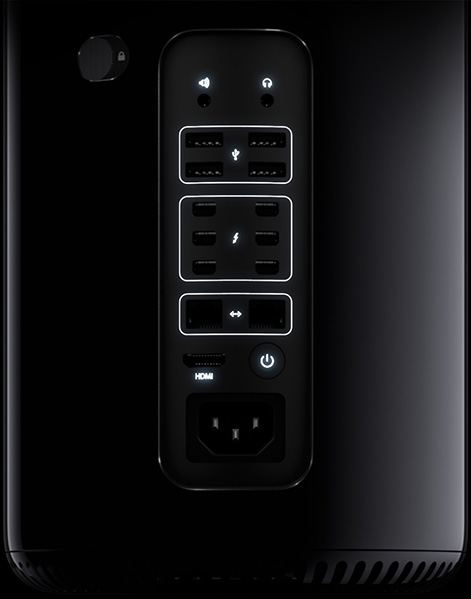 In creating a pro computer for the future, we wanted to provide an enormous amount of expansion without being limited to the space inside the enclosure. Designed with built-in Thunderbolt 2, USB 3, Gigabit Ethernet and HDMI 1.4 ports, Mac Pro sets a new standard in flexible, high-performance expansion. It,s our most expandable Mac yet. And it has everything you need to build a workstation completely customised to what you need and how you�work.

Thunderbolt combines PCI Express and DisplayPort into one high-speed, versatile I/O technology. And with Mac Pro, we,re jumping even further ahead. Thunderbolt 2 delivers twice the throughput, providing up to 20Gb/s of bandwidth to each external device. So you,re more than ready for the next generation of high-performance peripherals, without being limited by the number of expansion slots inside your computer. You can connect massive amounts of storage, add a PCI expansion chassis and work with the latest external displays including 4K desktop displays and peripheral devices capable of broadcast monitoring in 4K. And since each Thunderbolt 2 port allows you to daisy-chain up to six peripherals, you can go all out by plugging in up to 36 external devices via Thunderbolt 2 alone.

Mac Pro equips you with all kinds of connections for all kinds of peripherals. USB 3 gives you the versatility to hook up dozens of different types of external devices. Two Gigabit Ethernet ports let you connect to multiple networks. And an HDMI 1.4 port provides support for the latest televisions, projectors and displays, including Ultra HD TVs. But the thought we put into expandability extends beyond the types of peripherals you can use. As you rotate Mac Pro to plug in a device, it senses the movement and automatically illuminates the I/O panel. So you can easily see the ports you need when you need them. 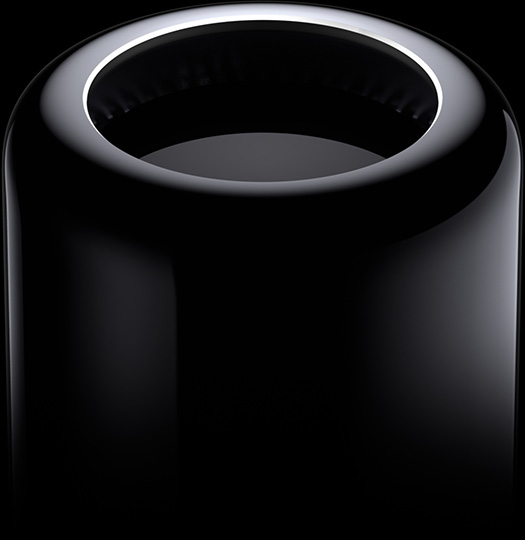 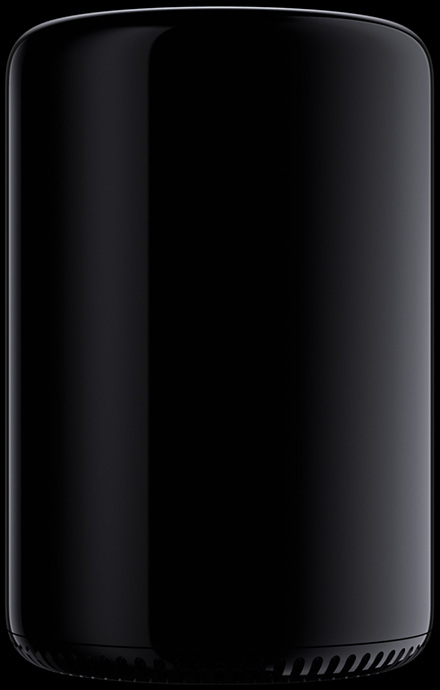 The new Mac Pro looks unlike any other computer. Because it is unlike any other computer. By rethinking the architecture of its internal components, we had the chance to rethink the entire enclosure. And since everything centres around a unified thermal core, we were free to design a much leaner, lighter, quieter and far more streamlined structure. Its unique design and beautiful finishes are executed to an extraordinary degree of precision. And at just over 25 centimetres tall with a diameter of just 16.7 centimetres, it,s a pro desktop computer that can actually sit on your�desk.

Desgened and assembled in the US.

With the new Mac Pro, we assemble the entire product and machine several of its high-precision components in the United States. By leveraging the innovative power of industry-leading companies in Texas, Florida, Illinois, Kentucky and over a dozen other states across America, we,re able to build a product that,s impeccably constructed and beautiful in every detail. In other words, exactly as it was envisioned by our designers and engineers in California.

Refined impact extrusion technologies are more material-efficient and give the polished aluminium enclosure its incredible shape and finish.